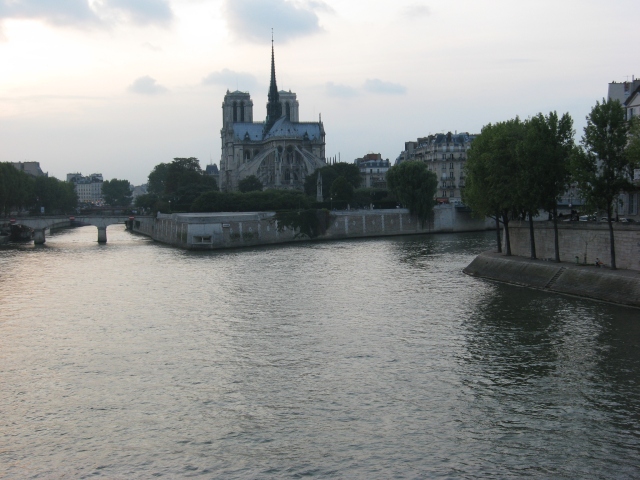 One of the pleasures of travel is meeting folks along the way. On the 9 1/2 hour flight from Seattle to Paris today, I encountered a Brit who investigated UFO sitings for the British department of  Defense.  He flew to Paris to be on a talk show about UFOs.  He said he had never seen a UFO himself, so was it the Russians or something from outer space he wondered.  Naturally, a fan recognized him on the plane and they had a selfie moment of adoration together.  I need to broaden my horizons, so to speak.

My seatmate, Kathy, had a dual career as a beat cop in Seattle and Santa Monica as well as a stunt woman in the movies.  She started by doing the ski scene stunts for Glenda Jackson in Lost and Found.  Her favorite work was on Magnum PI in Hawaii.  Her only injury was a cracked rib.  In Santa Monica, she hung out with Nick Nolte who she said was an organic gardener and a heck of a nice guy.  Kathy was on her way to ski the Alps with her buddies as she has done for the past 40 years.

My first problem was that my cell phone said “no service” although I had added an international plan the week before.  I needed to call Scott  to let me into my apartment.  The tourist office at the airport helped me make the call.  However, when I got to the exterior of the apartment building, no one was outside waiting.  Two hours later in the cold, Scott emerged from the building having waited INSIDE the apartment.  With a dead phone I had no way to call him.  So that was frustrating to both of us.  As I discovered when I left, there are four locked doors to this apartment and each is an obstacle with a different method for access.   At one point, I starting knocking on a glass door that I could not figure out.  A woman  emerged from her apartment.  She opened the door angrily. Unable to replicate her success, I called Scott.  Just then a couple  came down the stairs.  Bless them as my French failed me, so I just handed them the phone!  Scott spoke to them in French, and they showed me the techniques to open each side  of the door.  So four doors and six different ways to open them.  At 5 A.M. my time, I went out with my string bag to get groceries near rue Cler.  Then I entered Cafe Rousillion  to eat.  I had a window seat which was far more fun than the fish plat du jour they served me. Ugh. So, I bought a croissant and pain au chocolat at a patisserie on the way back. Ok, I have been up 24 hours straight.  The jet lag strategy is to just stay up when you arrive and stave off sleep as long as possible.  There are 9 hours difference between Seattle amd Paris, I believe.  Even though it is light out, I keep nodding off, so Bon Soir.  C’est la vie!

“Art is a lie that makes us realize truth at least the truth that is given us to understand ... " Pablo Picasso
View all posts by trillium24 →
This entry was posted in Poems & Photographs and tagged airplane travel, Paris, rue Cler, Tourists. Bookmark the permalink.

1 Response to Francine in Paris – Day 1